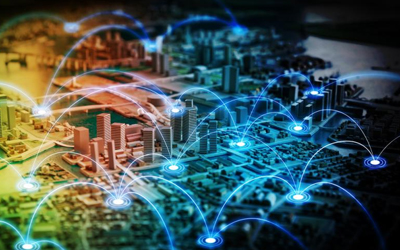 Network as a Service

Network as a Service: The changing face of NetOps: Brace or embrace. Slightly oversimplified, but in my estimation, those are two of the primary choices we all have when it comes to the change and evolution of our job roles. For years, actually, decades is more accurate, network admins, architects, engineers, and strategists have experienced the familiarity of generally stable job descriptions. All this, while other job roles in other industries continued evolving, adapting to new organizational models and technologies.

But over the past few years, networking infrastructure models and operations tools have morphed so significantly that now entire new roles are being created. For example, look at some of these recent titles on job boards today—cloud engineer, machine learning engineer, director of SASE, and cloud integration architect. Where are all of these coming from?

New networking models a catalyst for new roles
In this blog series, I continue sharing some thoughts on the key findings in our 2022 Global Networking Trends Report. In this research, we uncover how networking professionals across the globe are thinking about a major networking trend—Network as a Service (NaaS). One of the survey questions we asked is what would be most important to include in a NaaS offering. Overwhelmingly, 48% said network lifecycle management. Also in the top three were network resiliency (42%) and network monitoring and troubleshooting (38%).

What does this tell us? Taking a closer look, think about lifecycle management and everything that it entails. In a NaaS model, the provider takes care of deploying, integrating, controlling, updating, monitoring, and repairing the network infrastructure. That’s a rather encompassing list. And for IT leaders, it’s also quite compelling.

Now ask yourself, how much time do networking pros spend performing these activities? Then there are the day-to-day network monitoring and troubleshooting tasks. Again, what percentage of a networker’s time do these consume? If we take just these items together, it’s fair to say that a major reason that new roles are being created is because the requirements for managing the network in these emerging networking models are changing. As I discussed previously, given the time back, many networking leaders will refocus their teams’ energies on innovation and new projects.