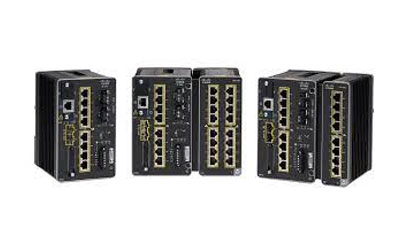 The Internet of Things (IoT) is no longer simply aspirational. It’s coming to life all around us.

For roadways, IoT is connecting sensors, IP cameras, and digital signage that are powering real-time monitoring of traffic and road conditions, for improved flow and safety.

For example, Georgia-Pacific was looking for a way to unify network management over more than 135 paper manufacturing sites, struggling with complexity and high management costs. The company wanted to provide control to both its IT and Operations Technology (OT) teams, but connections from its enterprise network to harsh outdoor environments were unreliable and unmanaged, with poor network visibility. Georgia-Pacific needed a network solution that would not only fit its factory environments but could be easily managed by its existing IT teams.

Georgia-Pacific plans to deploy Cisco Catalyst IE3x00 Rugged Series switches as a key part of its IoT ethernet switching solution, to provide a compact, hardened switching solution that can be managed on the same common platform as its office network environment.

“Today Georgia-Pacific is a market leader in consumer and forest products and our growth is fueled by the efficiencies gained through Internet of Things,” said Paul Moore, Senior Director of IT at Georgia-Pacific. “Early field trials of the Cisco Catalyst IE3x00 Rugged Series has laid the foundation for future opportunities to expand intent-based networking and with it centralized management and security to the edge of the network. We look forward to continuing to deploy Cisco’s IoT industrial solutions.”